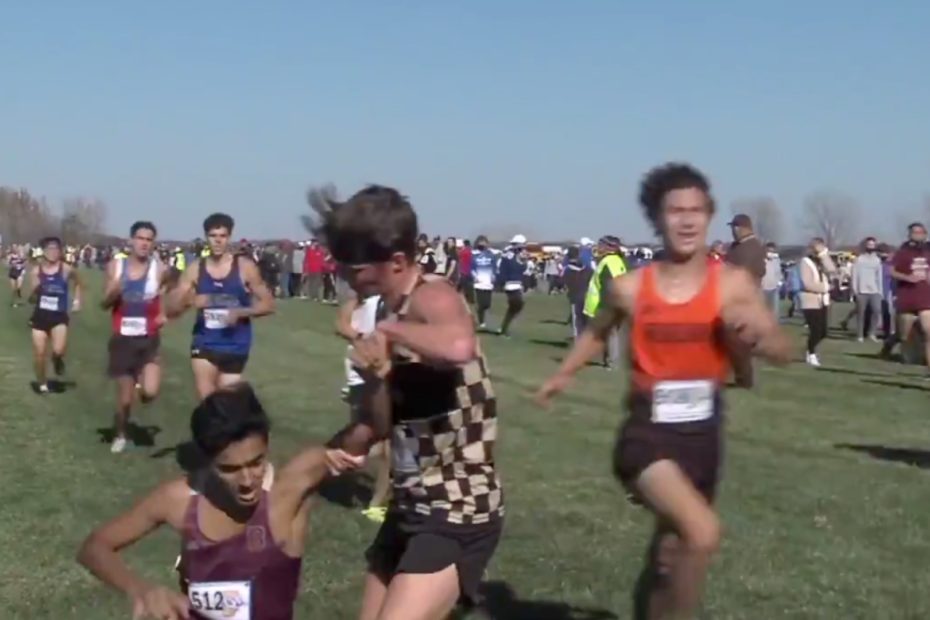 When Penn High School runner Ben Boardley saw a fellow racer, his opponent, stumbling beside him, he jumped in to help. According to the Indy Star, while running a race on Halloween day, Boardley saw his opponent, identified as Faizan Khan fall as they both approached the finish line.

Without a second thought, Boardley stopped his stride, picked can Khan up, put him back on his feet, and continued to run with Khan under his arm toward the finish line. Together, they ended the race side by side.

However, as a result of Boardley’s good sportsmanship, both he and Khan were disqualified. And while Boardley admitted that he didn’t realize his actions of helping someone cross the finish line would disqualify him from the race, the Indy Star reported that he wouldn’t have acted any differently even if he did.

“I guess that’s how my parents raised me. They taught me to treat others how I’d want to be treated and to be helpful when I can,” Boardley said to the Indy Star of his decision to help his opponent out. Reporter Rick Semmler, who was at the race that Saturday afternoon, tweeted out a video of the heartwarming act.

“I have no idea who these two high school runners were,” Semmler wrote on Twitter, “but great sportsmanship by one of the boys to help a fellow competitor who was struggling to finish.” According to the Indy Star, Kahn connected with Boardley via Instagram on Sunday to thank him for his kindness.

In the end, neither Boardley or Kahn were disqualified from the race after the decision was overturned when an Indiana High School Athletic Association official reviewed the incident and decided no violation occurred. How amazing is that