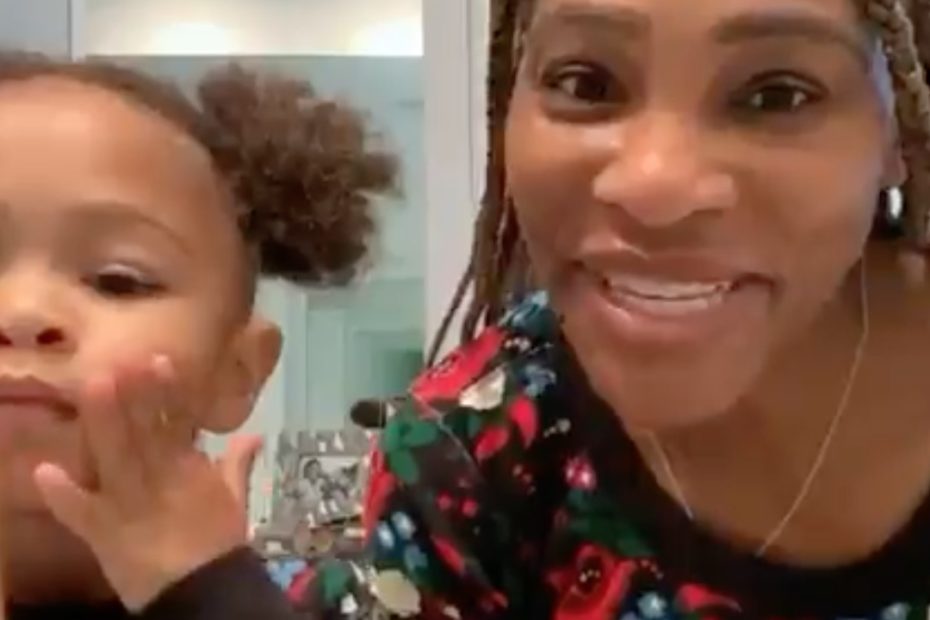 ‘This Little Girl Does Everything I Do’: Tennis Star Serena Williams Shares Her and Her Daughter’s Adorable Morning Routine

‘This Little Girl Does Everything I Do’: Tennis Star Serena Williams Shares Her and Her Daughter’s Adorable Morning Routine

While Serena Williams is a legend all on her own with 23 grand slam titles and hundreds of matches won under her belt. She’s also one-half of two iconic duos.

Of course there is Venus and Serena Williams, but now there is also Serena Williams and Alexis Olympia Ohanian, one of the most adorable mother-daughter duos the sports world has ever seen.

RELATED: Wondering How Some of The World’s Best Athletes Are Spending Their Time in Quarantine? It’s With Their Kids

Serena Williams became a mom on September 1, 2017. Her daughter, Alexis Olympia, who they affectionately call Olympia, is named after Serena’s husband, Alexis Ohanian, the co-founder of Reddit.

Recently, Williams took to Instagram to share a video of her and Olympia getting ready for the day. “Morning, y’all,” Williams said at the beginning of the video. “We’re doing our morning routine. And it’s just so fun because this little baby girl pretty much does everything I do.”

As the tennis star revealed, she and Olympia were getting ready to go to grandma’s house because Williams needed to get to her workout, which she was admittedly already late for. How many other parents with little mini-mes running around can relate to that?

“For all y’all who thought I was superwoman, I actually am,” the mom of one joked. “When it comes to changing.”

And at one point in the video, Olympia shows off her French-speaking skills as the mother and daughter have a short conversation in the Parisian language. And people also couldn’t get over how cute their matching pajamas were.

“She is so beautiful and cute! And growing way too fast,” one commenter said of Olympia. “You rock! Thanks for sharing and I LOVE how your daughter is growing to be multilingual,” another commenter added. “Olympia is the cutest!!!! Love the matching onesies. So adorable!”

Let’s give it up for athletes who are true to their craft but also find a way to put their little ones first.

2 thoughts on “‘This Little Girl Does Everything I Do’: Tennis Star Serena Williams Shares Her and Her Daughter’s Adorable Morning Routine”