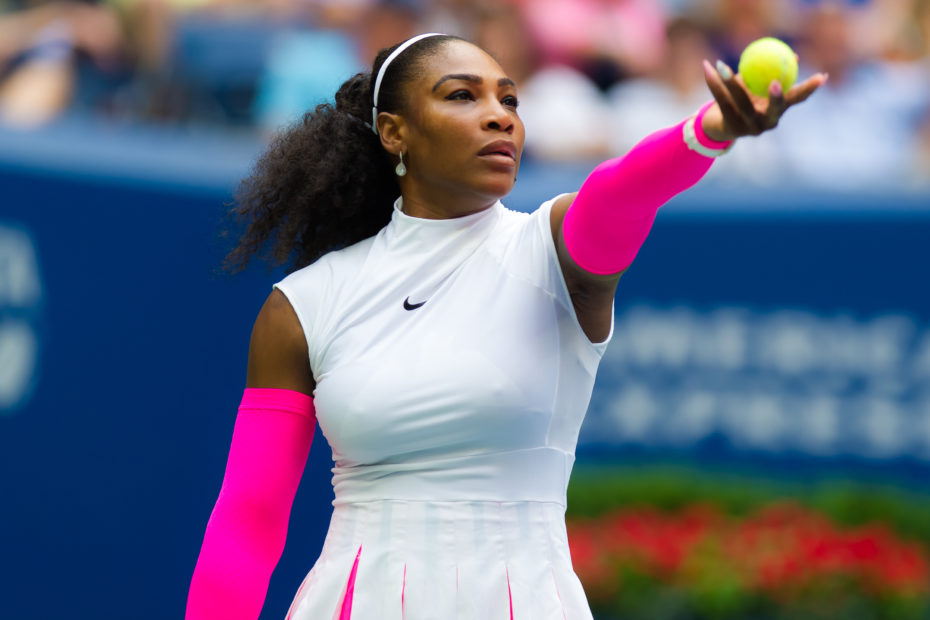 20 Athletes With the Most Women’s Tennis Titles

Grand Slam titles are what every tennis player dreams of winning when they turn pro. It’s their opportunity to play against the best in the world with the entire world watching. It’s a true testament to all the hard work, effort, and dedication these players put in throughout the year.

In women’s tennis, Grand Slams date back to 1884 when Wimbledon opened their doors to women’s singles titles. The US Open followed in their footsteps in 1887, then the French Open in 1897 (officially in 1925), and the Australian Open in 1922. That’s a lot of history to go through.

RELATED: 20 Athletes With the Most Men’s Tennis Titles

Who Has the Most Women’s Tennis Titles?

Throughout history, very few women have separated themselves from the pack as some of the greatest to ever do it. Every decade, there seems to be a handful of women that dominate the sport. Most of those players are the ones that end up with the most women’s tennis titles.

For the sake of this article, we’re going to be looking for athletes with the most women’s tennis titles in Grand Slam singles only — the US Open, the French Open, the Australian Open, and Wimbledon. Each one is an annual tournament, meaning they hold the event every year.

Although the Women’s Tennis Association (WTA) wasn’t established until 1973, our list of the most women’s tennis titles will date all the way back to 1887 — the early days of Wimbledon. If we didn’t, we would be leaving out a lot of the greatest women’s tennis athletes to ever play.

Margaret Osborne duPont won six Grand Slams in her career, but her real legacy lies in her doubles play. She won a total of 31 major titles in women’s and mixed doubles, giving her a career total of 37 major titles — which ranks 5th all-time behind the legendary Serena Williams.

Doris Hart had 325 career titles at the time of her retirement, including 35 major titles in singles, doubles, and mixed doubles. Her six Grand Slams rank 19th all-time and her 18 Grand Slam finals appearances ranks 7th. She was the first woman to appear in all four Grand Slam finals.

Louise Brough is another player who had far more success in doubles than singles. She won 29 doubles major titles, giving her 35 career major titles — which is tied for 6th all-time with Doris Hart. She also ranks in the top-10 of career wins in both the Wimbledon (56) and US Open (60).

Blanche Bingley Hillyard won all six of her Grand Slams at Wimbledon, which is tied for 6th all-time with Suzanna Lenglen and Billie Jean King. Her 13 Wimbledon finals appearances is the most all-time. She won her first Grand Slam at 22 years old and her last one at 37 years old.

Venus Williams had her most success at Wimbledon, winning five of her seven Grand Slams on that court. Even more impressive, her 90 Grand Slam appearances between the US Open, French Open, Australian Open, and Wimbledon — the most appearances in the Open Era.

Dorothea Lambert Chambers is the fourth-oldest player to win a women’s Grand Slam, she was 35 years and 10 months when she won the 1914 Wimbledon title. Her seven Wimbledon singles titles is tied for the third most all-time with two legends, Steffi Graf and Serena Williams.

Justine Henin knew how to turn it on when it mattered most. She had an 83.43% match winning percentage in Grand Slams and is one of only 12 players to ever make it to four Grand Slam finals in the same calendar year. She was one of the best in the world from 2003-2007.

Evonne Goolagong was featured in 18 Grand Slam finals (tied for 7th all time with Billie Jean King), winning seven of them between 1971-1980. Her four Australian Open titles are tied for the fifth-most all-time with Steffi Graf and Monica Seles. She has the eighth-most singles titles (86).

Maria Bueno was the sixth player to ever reach at least one final in all four Grand Slams. Her 84.75% winning percentage (50-19) at Wimbledon is the tenth-best all-time at the event. She also has 72 career singles titles, which ranks 9th-best all-time behind Serena Williams (73).

Molla Mallory didn’t win her first Grand Slam until she was 31 years old, but she dominated from that point forward. She won the US Open four years in a row and holds the record for most US Open wins at eight. She’s also the oldest female to ever win a Grand Slam at 42.5 years old.

Suzanne Lenglen won all eight of her Grand Slam finals, becoming just one of four females to go undefeated in Grand Slam finals appearances. Her 94.59% winning percentage at Wimbledon (35-2) is the second-best all-time and her 81 career singles titles ranks 7th-best all-.

Maureen Connolly won 52 of her 54 matches in Grand Slams, a 96.30% winning percentage that ranks second all-time. Her 9-0 record in Grand Slam finals is the best record of all-time and is one of only three players to win all four Grand Slam tournaments in the same calendar year.

Billie Jean King is the founder of the Women’s Tennis Association, which completely revolutionized the sport for females at the time. She’s one of only six females to ever win double-digit Grand Slams and has the fourth-most match wins at Wimbledon (95).

Not only did Martina Navratilova win 18 Grand Slams in her career, but her 32 Grand Slam finals appearances ranks third all-time. She’s one of three players to reach all four Grand Slam finals in the same calendar year more than once. Her 120 match wins at Wimbledon is a record.

Chris Evert won the US Open four years in a row from 1975-1978, in which she also won the French Open and Wimbledon. She ranks in the top-six for finals appearances in each of the four Grand Slam tournaments and has the most French Open wins of all-time with seven titles.

Helen Wills owns the best Grand Slam match winning percentage of all-time at 96.90% (125-4). She was as dominant as they come, finishing 19-3 in Grand Slam finals. She ranks second in most Wimbledon titles (8) and US Open titles (7), and fourth all-time with 4 French Open titles.

Which Active Players Have the Most Women’s Tennis Titles?

Women’s tennis is going through a bit of a transition right now — a handing over of the torch, in a way. It’s been over four years since Serena Williams won a Grand Slam tournament. Over that time, there have been a few female tennis players starting to make a name for themselves.

Naomi Osaki has won four Grand Slam tournaments since 2019, Angelique Kerber has won three Grand Slams since 2016, and Ashleigh Barty and Simona Halep have won two Grand Slams each since 2018. With Serena Williams sitting at 23 Grand Slams, you can see the gap.

YOU MAY ALSO LIKE: Andy Murray’s Wedding Ring and Tennis Shoes Have Been Safely Returned Home

All eyes are on the incoming generation of female tennis players as we wait to see if they can find their way on the list of most women’s tennis titles. While Naomi Osaka is closer to the top 20 than most players, you never really know what you’re going to get with women’s tennis!