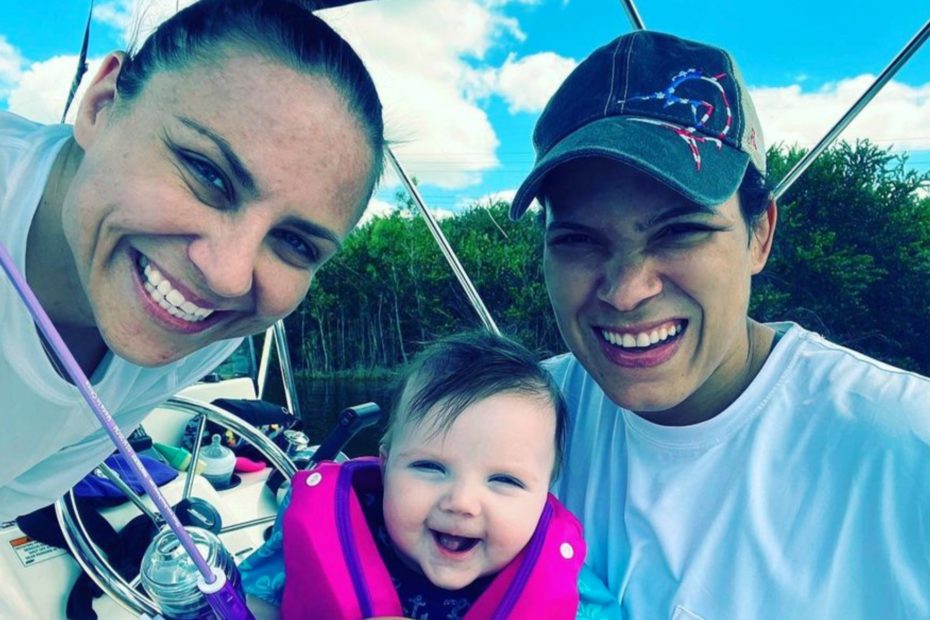 UFC Fighters Amanda Nunes and Nina Ansaroff announced they were expecting in March and the big day has finally come. They are now moms to a baby girl.

The couple welcomed their first child named Raegan Ann Nunes, on Thursday, September 24. Ansaroff let fans know on Friday with an Instagram post that included a photo of the new family of three in the hospital.

“Raegan Ann Nunes is here! I am so in love! I can’t wait to show you the world!” Ansaroff captioned the photo along with a whole lot of heart emojis.

“September 24th, 2020 Will forever be my favorite day. You are a dream come true,” she continued. “Happy daughters day my beautiful girl.”

“Speechless,” Nunes wrote on her own post. She also included the hashtags #happydaughtersday, #love, and #mylittlefamily. Now, let’s see how the family of three has been doing over the last year.

Here are 10 adorable photos of the Nunes family:

Does it get any better than a smiling baby?

A little getaway vacation for the family of three!

How sweet are they?

Mom needed a break, and the baby needed to eat!

This is all they need!

“I am excited to announce that Baby Raegan Ann Nunes will be here mid September!” Ansaroff wrote at the time.

“I cannot wait to meet her!” she added. She also let fans know that she was carrying the baby, but would be back in the ring “after she is born.”

Ansaroff wasn’t the only one beaming with excitement. “I wanna tell every single person on this planet that … Raegan Ann Nunes will be here mid September!” Nunes wrote at the time. “I cannot wait to see her.”

The Brazilian-born fighter also shared a sonogram video and photo with her followers.

The couple who met at an MMA gym in Florida in 2012, have talked about their desire to start a family together as well as the steps they would take after their daughter’s birth.

“I’m gonna be training throughout my pregnancy. I’m gonna stay in shape,” Ansaroff told TMZ, noting that she planned on competing in the flyweight division when she returned to the ring.

RELATED: UFC’s Amanda Nuñes and Nina Ann Nuñes Are Getting Ready to Welcome First Child Together, But They Have Differing Opinions on When to Return to the Octagon

“In 3 months, [our baby girl’s] gonna be here and I plan on fighting 6 months after that,” she added. “Amanda says a year, but I’m giving 6 months.”

And as At The Buzzer previously reported, if you ask fellow UFC fighter Mackenzie Dern, she’ll tell you it’s more than possible.

RELATED: UFC’s Mackenzie Dern Gets Her First Win Less Than One Year After Giving Birth to a Baby Girl and She Made History

Just four months after giving birth to her daughter, Moa, the mom of one impressively got back into the gym and felt prepared enough to return to the octagon on October 12, 2019, to fight fellow UFC fighter, Amanda Ribas.

We hope that Nunes and Ansaroff can follow suit and get back into the ring to kick some tail soon. We’re so excited for these new moms and their growing family.