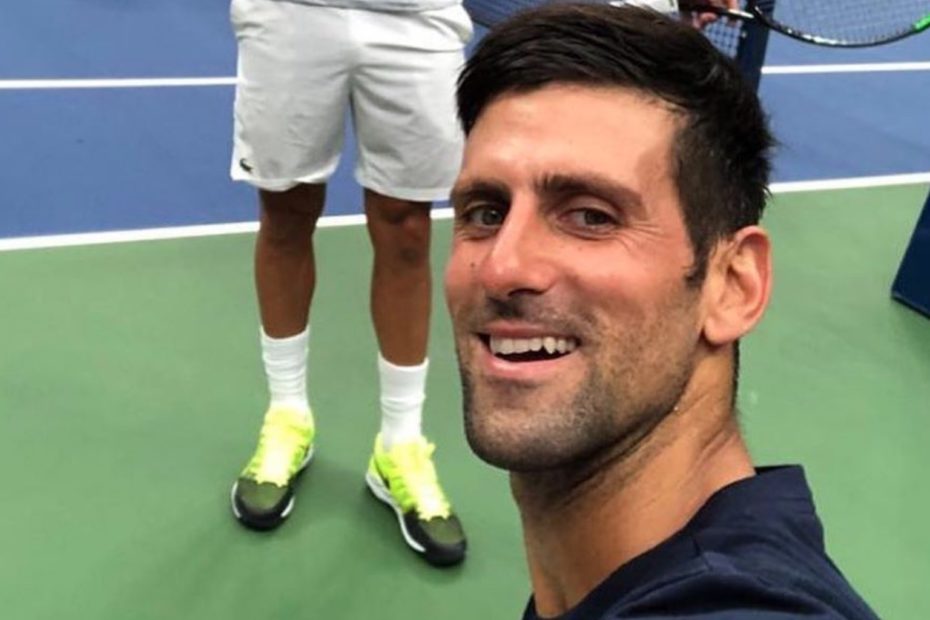 Watch Why Novak Djokovic Gets Thrown Out of His U.S. Open Match

Watch Why Novak Djokovic Gets Thrown Out of His U.S. Open Match

On September 6, Serbia’s Novak Djokovic was taking on Spain’s Pablo Carreño Busta in the Round of 16 when they retired the match, effectively ending Djokovic’s U.S. Open run. The reason for retiring the match was caught on camera.

Djokovic was disqualified from the Open match after he accidentally hit a line judge with a tennis ball. Like most tennis players do, Djokovic was hitting the ball back to one of the line judges when the ball hit the woman in the face.

It is unclear if the line judge just wasn’t ready for it or not, but the accident caused the woman to fall to the ground. Immediately after the ball hit the judge, Djokovic appeared very remorseful and went over to the woman to check on her.

Nonetheless, despite Djokovic attempting to plead his case, the announcers revealed that because the tennis player appeared angry when he hit the ball towards the line judge, that is cause for disqualification. And that’s exactly what happened.

RELATED: You Want to See Something Really Cute? Watch Serena Williams’ Daughter Put on a Matching Tennis Outfit and Mimic Her Mom’s Every Move

Retired tennis star, John McEnroe, who was famous for his on-court outbursts, says he believes the incident will have an impact on Djokovic’s career. While talking with ESPN, McEnroe said, “The pressure just got to him I think. […] Now whether he likes it or not, he’s going to be the bad guy [for] the rest of his career. It’ll be interesting to see how he handles it. If he embraces that role, I think he could recover. He’s got a lot of things going for him, but this is obviously a stain that he’s not going to be able to erase.”

Now Djokovic has made a statement follow the incident:

“This whole situation has left me really sad and empty. I checked on the lines person and the tournament told me that thank God she is feeling ok. I‘m extremely sorry to have caused her such stress. So unintended. So wrong. I’m not disclosing her name to respect her privacy. As for the disqualification, I need to go back within and work on my disappointment and turn this all into a lesson for my growth and evolution as a player and human being. I apologize to the @usopen tournament and everyone associated for my behavior. I’m very grateful to my team and family for being my rock support, and my fans for always being there with me. Thank you and I’m so sorry.”

It’s good to hear that the line judge is doing okay.