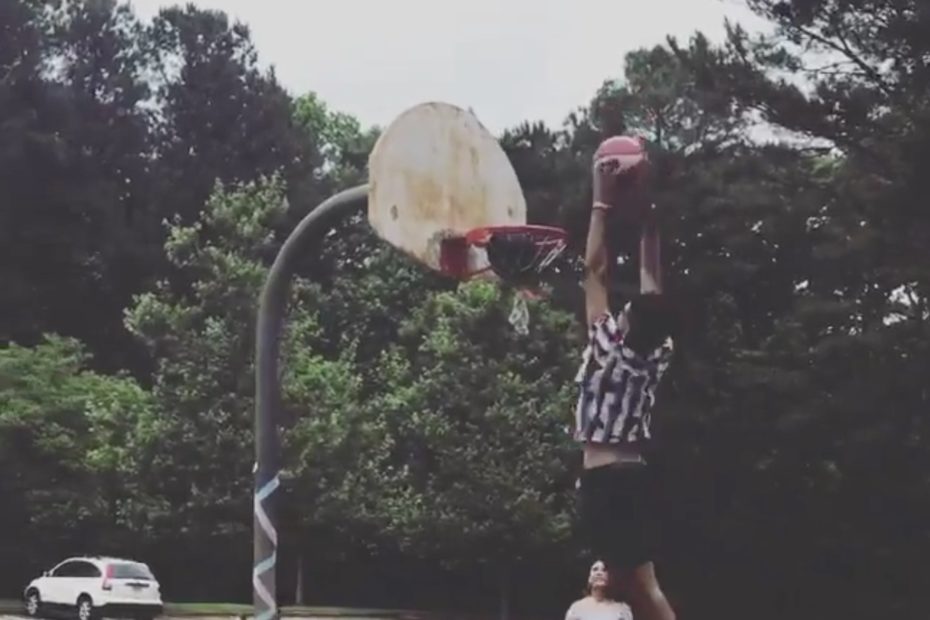 Two Families Used Their Love of Basketball to Reveal the Gender of Their Children and Both Are Pretty Epic, And Shockingly Unique

Two Families Used Their Love of Basketball to Reveal the Gender of Their Children and Both Are Pretty Epic, And Shockingly Unique

When it comes to gender reveals, it’s turned into more of a been there, seen that situation. While each situation is special in its own right, whether it be a dad kicking a football:

YOU MAY ALSO LIKE: Soccer Stars Alex Morgan and Servando Carrasco Welcome Their First Child Into the World

Hitting a baseball with a bat:

Or hitting a golf ball filled with either blue or pink dust with a club:

Nothing as of late has stood out in terms of wowing the masses with its uniqueness. And it has also become glaringly obvious that basketball tends to be neglected when it comes to sports-themed gender reveals.

Well, all that has changed thanks to two families.

As Julian McClurkin and his wife Kacey shared on YouTube and Instagram, they were inspired by the Harlem Globetrotters when it came to making their gender reveal something that’s never been done before.

And then another family went for the full-on dunk.

As Olivia Garcia shared on Instagram, sure her significant other needed to know how to dunk to make the reveal work, but the hardest part of the whole thing had to of been coming in clutch with that perfect assist.

YOU MAY ALSO LIKE: When It Comes to a Bond Between Athletes and Their Moms, It’s Unlike Anything Else: So Here Is What Some Athletes Said About Their Moms on Mother’s Day

Garcia’s post also captured SportsCenter’s attention, which led to some of the top athletes giving credit where credit is due.

“That assist though,” star running back Adrian Peterson wrote. While Clipper’s Patrick Beverly added, “Dope.” And a slew of other commenters encouraged someone to “sign Garcia immediately.”

“She out here throwin’ lobs like she’s CP3,” someone said. “Woman dropped a dime for him tho,” another shared.

Congratulations to all of these families!

1 thought on “Two Families Used Their Love of Basketball to Reveal the Gender of Their Children and Both Are Pretty Epic, And Shockingly Unique”