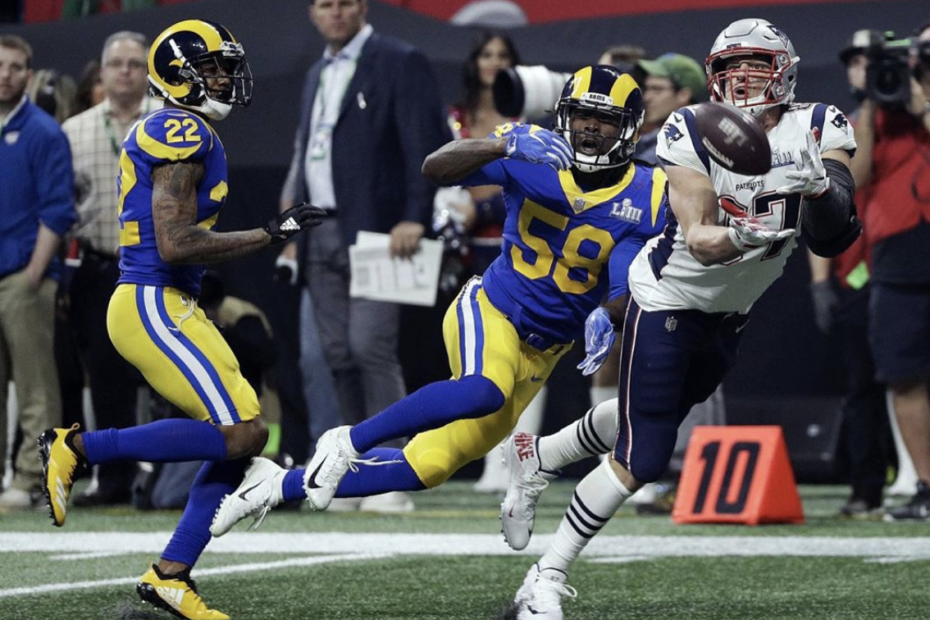 Rob Gronkowski was drafted in the second round (42nd overall) of the 2010 NFL draft by the New England Patriots. He dropped lower in the draft because of injury concerns.

In his nine years with the Patriots, Rob Gronkowski won 3 Super Bowls, has been first team All-Pro 4 times, a Pro Bowler 5 times, as well as NFL Comeback Player of the Year in 2014. At just 29 years old, Rob Gronkowski retired in 2019. When asked why he was retiring Gronkowski answered “I was in near constant pain and needed to make a change.”

RELATED: Tom Brady Was Kicked Out of a Closed Tampa Bay Park After an Essential Worker Spotted Him Working Out

In 2011 Gronkowski had a breakout year, setting 3 single-season records. He was the only tight end to ever lead the league in receiving touchdowns, as well as the most touchdown receptions by a tight end (17) in a single season.

Furthermore, Gronkowski recorded the most total touchdowns in a season by tight end with 18. Because of his sheer productivity, it became clear to people that Rob Gronkowski was one of the best tight ends ever.

Even though the Patriots had Rob Gronkowski under contract, he had no value for them since he was in retirement.

Then, Gronkowski decided to rejoin the NFL under the condition that he played for Tom Brady. So, the Patriots knew he was either going to play with Tom Brady and the Buccaneers if they elected to trade him, or remain in retirement for at least another year before becoming a free agent in 2021. Because of this, the Patriots were forced to trade Gronkowski away to extract a little value out of his contract, receiving a 4th round pick from the Buccaneers.