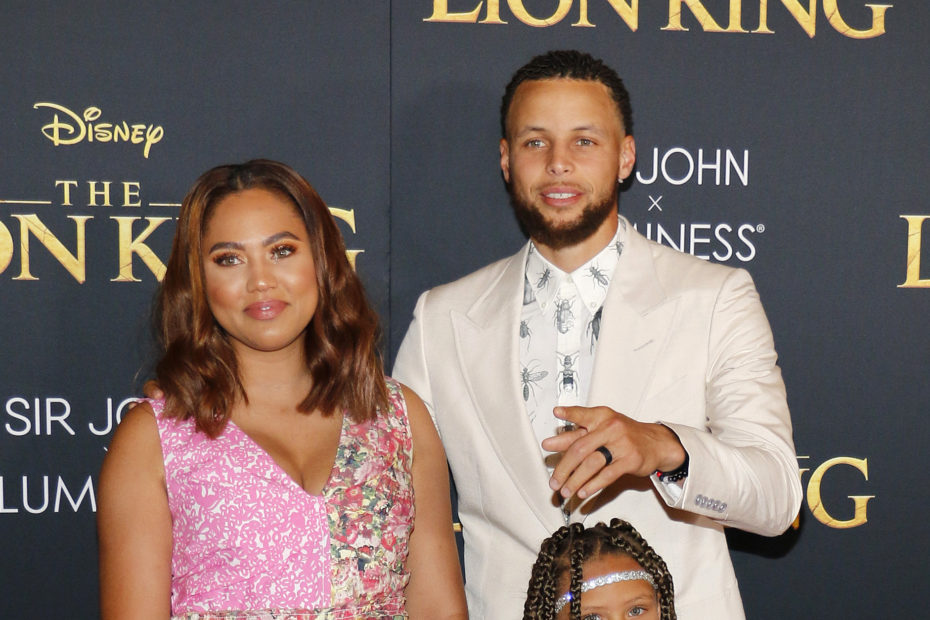 Golden State Warriors point guard, Stephen Curry, is largely regarded as one of the best basketball players of all time with four NBA championship titles under his belt. Although many recognize him for his ability to shoot a hoop, he is also skilled in supporting his wife, cooking television personality Ayesha.

Throughout this year’s NBA Finals, Boston Celtics fans had no problems reverting to childish insults to showcase their disdain for the Golden State Warriors. Outside of a Boston bar, fans designed a mean spirited sign that read “Ayesha Curry Can’t Cook.”

A week after the sign went viral, the champion basketball player found a creative way to defend his wife’s honor.

After Game 5 of the Finals, the 34-year-old celebrated his win against the Celtics by appearing in a post-game press conference in a shirt that said, “Ayesha Curry CAN Cook.” As reporters began to buzz with ponder he was sporting the t-shirt, the point guard was private about the story behind the fashion statement. When one journalist asked him directly, his response was, “You got to ask around the room and ask Twitter.”

In addition to the diss directed at his wife, Celtics fans also left a sign that targeted Curry’s daughter. The second sign read, “Duece Tatum > Riley Curry,” which implied that Klay Thompson of the Boston Celtics has a better child than the Warriors player. However, this sign did not garner a response from the family.

How did Ayesha Curry claps back after facing a questionable critique

Ayesha, who is the auhtor of multiple cookbooks and a host on Food Network, also found lighthearted ways to poke fun at the phrase after the Warriors took home the championship title.

On June 16th, the Warriors took home their seventh championship title after defeating Boston in the NBA championship. Curry was named MVP of the series and Ayesha took her husband’s big win as the best opportunity to respond to criticism. Taking to Instagram, the professional chef posted a picture of her husband with his championship trophy in one hand, an “Ayesha Curry CAN Cook” shirt in his other, and a caption that read, “Bye Boston.”

Continuing to celebrate her man, Ayesha also wrote on Twitter after the win, “On the menu tonight: SF Hot Pot with a side of Curry GOAT.”

But, perhaps the best thing the chef did to clap back was launch a clothing line designed to fight childhood hunger. Sweet July, a brand made by Ayesha, began selling shirts with the slogan, to which all the proceeds will be donated ot the non-profit organiation No Hungry Kids.