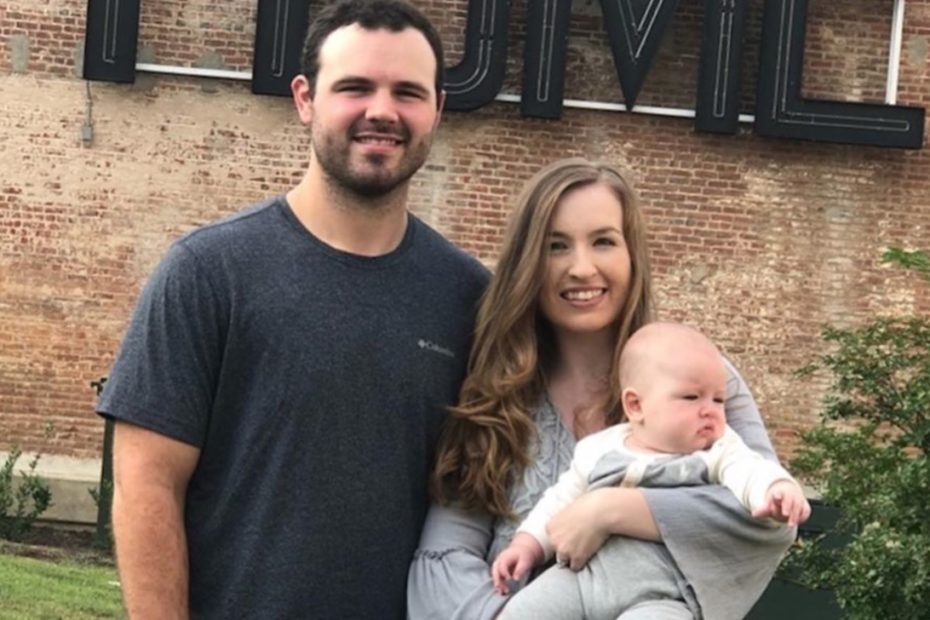 Tampa Bay Rays Minor League Pitcher Blake Bivens Recalls the Moment He Learned His Baby, His Wife, and His Mother-in-Law Were Killed By Gunfire

Tampa Bay Rays Minor League Pitcher Blake Bivens Recalls the Moment He Learned His Baby, His Wife, and His Mother-in-Law Were Killed By Gunfire

On August 27, 2019, Blake Bivens was in a hotel getting ready to head to his next baseball game with his Double-A baseball team.

After just waking up that morning, Bivens checked his phone expecting to see some sort of correspondence from his wife. But when he didn’t, he decided to check Facebook, he told his pastor Travis Gore from the River Church in Danville, Virginia. And there it was.

“Immediately, as soon as I clicked on Facebook, I just saw a headline. And the headline was just they were looking for my brother-in-law.” But it was that headline that made him start to think something was wrong. “I immediately called my parents. They were trying to figure out everything that was going on also.”

That’s when Bevins started to think that he needed to find a flight home, instead of getting on the bus to head to his next baseball game. After telling the Tampa Bay organization what he knew at the time, within 30 minutes Bevins had a flight home.

And as he sat in the airport, alone, waiting for his flight home, the father and husband continued to try to find out more information. Why were police looking for his brother-in-law? And why wasn’t his wife picking up her phone?

Bevins said he’s not quite sure what compelled him to do so but in that moment, Bevins checked Facebook again. Another headline, this time, it was one that told him everything he needed to know.

“[The] first headline I see is two females and a small child were gone. And I immediately knew that was them. I found out my family was gone over a Facebook headline, and I just immediately began to scream in the middle of the airport.”

Shortly after police reported their passings as a triple homicide, Bivens’ 19-year-old brother-in-law Matthew Thomas Bernard, was arrested and charged with three counts of first-degree murder.

Immediately after learning his wife, son, and mother-in-law were dead, multiple people from the Rays organization met him at the airport to fly home with him.

“I vividly remember a lot of the details from that day,” Bevins told his pastor. “I look back, and I’m extremely grateful for the people that were there at the time. It could’ve been a whole lot worse for me if I didn’t have anyone there.”

For most of the plane ride home, Bevins only remembers being in a state of shock. And although the plane ride felt like it took forever, eventually, he arrived home and there was a large group of family members waiting to greet him with a shoulder to cry on.

“We hugged, and we cried for 30 minutes. It’s unbelievable how much I can vividly remember from the day. It’s kind of unbelievable to see how far things have come from that day, also.”

“Two days ago my heart was turned to ash,” he said, in part. “My life as I knew it is destroyed. The pain my family and I feel is unbearable and cannot be put into words. I shake and tremble at the thought of our future without them.”

Since their murders, Bevins has already celebrated Emily’s first birthday in heaven, as well as their first wedding anniversary.

But the hardest moment during this journey so far was when Bevins walked into Cullen’s room for the first time since learning of his death. “That was the worst moment of my life. Nothing ever will come close to … feeling the way I felt that day, at that moment. But then again, I know I will see him again one day, and it won’t be long.”

Bevins added that the one thing that has given him comfort during this difficult and harrowing time is knowing “without a shadow of a doubt” that his family is in heaven right now.

4 thoughts on “Tampa Bay Rays Minor League Pitcher Blake Bivens Recalls the Moment He Learned His Baby, His Wife, and His Mother-in-Law Were Killed By Gunfire”